At High Performance Laptops our reviewing system compares every laptop we test with every other laptop we test. We compare 2D Performance, 3D Performance, Ergonomics and Features, Stability, Portability and Value and come up with an mathematically derived overall rating to determine the best laptop.

This article gets updated every month with new pricing and availability taken into account. Supply Chain issues are a particular problem nowadays thanks to the pandemic, catastrophic weather events and war. Consequently, if a laptop can’t be bought, it’s removed from our list. If it’s available on back-order, it drops a position. If an updated spec is available we’ll use our judgement and notify you accordingly. Below are the results for our ongoing best laptop comparison with updated prices for August 2022.

The best laptop weighs nothing, has infinite battery life, plays every game on a huge, fast screen with stunning colour fidelity, has silent cooling, looks amazing at a LAN (and in a boardroom) and costs nothing. Naturally, real-world technology limitations mean the best laptop will always be a compromise.

While many manufacturers are announcing that their latest-and-greatest laptops are just round the corner, MSI’s flagship is here conquering all before it. It’s not just the fastest laptop we’ve ever seen, it’s the fastest by a long way. It also has superb ergonomics, features and connectivity in addition to that disco bar thing at the front. It’s certainly the best gaming laptop we’ve seen.

Yes it costs a ridiculous amount but this is High Performance Laptops and not Pretty Good Value Laptops. Fortunately, there are many more-sober and more-affordable variants available too. It’s literally awesome and answers the question, “What’s the Best Laptop?” Update: The new SKU has 32GB RAM instead of 64GB but this won’t affect most workloads and saves you $500.

We said that you couldn’t make the perfect laptop, but MSI came very close to hitting the brief with the Stealth. It looks good, it’s relatively portable for a 17-incher, it’s a joy to use, has all the bells and whistles and performs incredibly. The price is finally dropping (a bit) but yes, expect to pay through the nose for it. Update: The price is once again rising but, if you get in quickly, you could get a discount in the current sales.

It might not have reigned as our Best Laptop for long but it’s still well worthy of consideration. Amazing 2D performance marries with excellent 3D performance, to produce an incredibly quick laptop that’s also well designed and well built. It also has an excellent, almost-pin-sharp, 360Hz, Full HD screen with virtually no ghosting, a great keyboard and top-notch connectivity. Plus, it comes in at a great price.

We loved last year’s G15, but availability has dried up. However, we REALLY love the new ROG Zephyrus G14. While it’s a little smaller, it’s packed with a powerful CPU and GPU and yet has a 10hr 30min battery life and weighs just 1.73KG. The dots on the lid are also an ‘AniMe Matrix’ screen which can display animations or system information. We haven’t seen anything like it. An amazing device. Update: Supply chain issues mean this is almost impossible to find now. It’s a great buy otherwise.

While the looks won’t be for everyone, the performance and ergonomics will be. The UHD screen is very fast and has a 165Hz refresh rate. It also supports 100 per cent of the challenging DCI-P3 colour gamut. It handles great and sports a 12th-Gen, Core-i9 Intel processor and an Nvidia RTX 3070 processor. It’s relatively affordable but has dropped in our rankings because launch-special sale price has passed and it’s a bit more expensive now.

The Asus ROG Strix G15 Advantage Edition G513 has Titanic performance and is great to use. If you’re a Far Cry 6 fan, can handle the game in 4K with the High Resolution texture pack thanks to its AMD Radeon 6800M graphics’ 12GB of GDDR RAM. It’s got all kinds of RGB goodness and will fit into most computational situations. It’s Achilles Heal is that there’s no webcam (and the battery isn’t that great). But, at this price, this former, number 1 best laptop is still a fantastic buy.

HP’s flagship Omen might not offer the top-tier performance of rivals, but it’s got it where it counts and comes in at a great price. We also keep getting hypnotised by the amazing logo. It’s arguably the best budget laptop on this site.

It’s not cheap but the Razer Blade 14 represents another great stab at being hailed as the Best Laptop. It’s essentially a 14-inch ultraportable that has an Nvidia 3080 GPU, 165Hz UHD screen, AMD CPU, 10-hour battery life and 1.8KG weight. It’s also arguably the best-looking, MacBook shaming laptop on the market. Naturally, you will pay through the nose for it, but it’s worth it, frankly. Just note that it’s about to get refreshed with new innards.

If you love the classic, simple design of a MacBook but find Apple’s devices limiting, the MSI Creator Z17 (A12UX) should be top of your list. The chassis is just as stylish and well made, but it’s packed full of goodies: RGB keyboard, 120Hz, DCI-P3, 4K touchscreen, 12th Gen Intel CPU and Nvidia RTX 3070 graphics. It’s a Creator-designated laptop that can game and remain portable. It’s the best laptop for creators. It’s the MacBook killer. Just note that under sustained workloads it can get very hot!

The Alienware X15 is a very-sleek looking high performance laptop that’s just 16mm thick. Amazingly, Alienware has crammed in a Core i9 CPU, 32GB RAM and an Nvidia 3080 GPU. The quad-fan array keeps it cool and despite the thin body, it doesn’t get too noisy. It’s a real statement piece and one of the best laptops for portable gaming, but you’ll pay a lot for it! We recommend upgrading to the mechanical keyboard, though.

The Lenovo Legion 5i Gen 6 Stingray was a decent-value gaming laptop with above-average performance. It has faster siblings and has some good rivals at this price point, but the latest refresh doesn’t seem to offer graphics above an RTX 1050 Ti chip and that’s disappointing so it drops places.

The Acer Predator Helios 300 11th Gen addresses many of the issues that came with the 10th Gen version to wit… it was ridiculously noisy. The fan ramped up and down all the time but the efficiency of Intel’s 11th Gen processor and an improved cooling system means it now runs stably without the annoyance. The CPU isn’t the fastest, but there’s an RTX 3070 GPU and a fast 144Hz screen. This was initially a great-value option on our Best Laptop list, but the price keeps creeping up and there’s no sign of a 12th Gen refresh… yet.

It was the first laptop we saw with a 12th Gen Intel processor and it turned out to be the fastest CPU we’ve tested on this site! Not bad for a budget, 17-inch gaming laptop. Our review spec had a disappointing Nvidia RTX 3050 Ti GPU so we recommend choosing a variant with better 3D performance.

Since our review the GE66 Raider has powered through the 11th Gen Intel version to the 12th Gen version. The current model has a 12th Gen Core-i9 CPU, RTX 3070 Ti graphics, 240Hz screen and 2TB SSD. It still has the great ergonomics and a chassis that can both hide in an office and become the centrepiece in a nightclub. At $4,899 it’s expensive and, because we haven’t tested this latest iteration, we can’t recommend it… but, let’s face it, it’s going to be epic and a top challenger for the title of Best Laptop. That all said, in August, it’s very hard to find one. Update: A new version with a 240Hz OLED screen is about to drop!

The “Victus by HP” offers some impressive performance and good features. But, it has some noticeable flaws. Fortunately, these flaws can be overlooked thanks to the low price. It’s arguably the best cheap laptop.

Alienware’s X17 R1 is an amazing-looking laptop that initially performed faster than anything else we’d tested. But, it can be a hot mess with some stability issues and has a horrible keyboard plus a screen that won’t be for everyone. Fortunately, it’s all fixable thanks to Dell’s configurator. Update: The 12th Gen ‘R2’ variant has now landed and it has an Nvidia GTX 3080 Ti GPU to boot. We’ve yet to test it and check the stability, but otherwise it’s a straight evolution of the R1. Hopefully, the improved efficiency of the 12th Gen chips can enable it to compete for the top spot on our Best Laptop list.

One of the most complicated laptops we’ve ever tested, but the intricacies will suit many design workflows. It won’t be for everyone but, if you’re in that Creator niche, it could seriously boost your productivity and output and be your best laptop. Update: It’s since been heavily updated with a 12th Gen processor and lesser Nvidia 3060 graphics.

Most people like Razer’s Blade laptops but usually can’t afford them. This has had its internals upgraded since our review but is still a good buy. Just note that stock is low.

While Dell’s XPSes can often be overpriced, they’re still very-well built, get refreshed quickly and are readily available – that’s important in this day and age and often helps make them the best laptop choice for corporates. The current model updates our review spec and, thanks to it’s OLED screen and other ergonomics, represents a great choice for creators – especially those in a business environment where hardware choice is limited.

The 15.6-inch Asus ROG Zephyrus G15 GA503 has an unholy alliance of an AMD CPU with an Nvidia GPU – all in a near-ultraportable body. Amazingly, it just plain works. This is a phenomenal, powerful laptop with all the bells and whistles – including six amazing speakers! Did we mention the 9-hour battery life? It was only dethroned by its sibling Strix G15 due to the huge price disparity. Just note the lack of webcam. Update: Availability of this laptop appears to have dried up. If you can find one, grab it! Updated Update: The new G14 is now available!

Over time we’ll be adding more and more ‘best of’ lists like this for Best Laptop. We’ve already got a nascent Best Portable Laptop article here. The good thing about ultraportables is that they don’t change too often. We’ll be adding deals, best creator laptops, business notebook and articles for gaming and budget models soon. 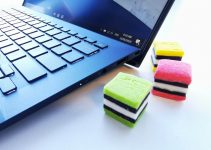