The new Alienware m15 Ryzen Edition R5 uses Alienware’s fastest panels – QHD 240Hz and FHD 360Hz – for smooth gameplay. Alienware says that it will be its first laptop to use its Legend 2.0 industrial design and says it hopes that, “Gamers will be drawn closer into the gameplay thanks to a new design feature called Dark Core, which darkens the interior shade of the laptop to minimize distractions and keep your head in the game.” We’ve always been sceptical about the interior shades of laptops and look forward to testing these claims.

The Alienware m15 Ryzen Edition R5 is now available in the US with configurations starting at US$1794.

Dell is helping to bring top-level gameplay to its lesser, non-Alienware-oriented customers with the new 15-inch Dell G15 Ryzen Edition.

On the outside, it boasts a new look, sleek form factor that sports a two-sided, narrow-bezel screen and uses low VOC waterborne paint. On the inside, the new G15 is outfitted with an Alienware-inspired thermal design to maximize airflow for optimal cooling and heat dissipation. The complete makeover is fully furnished with features, including: 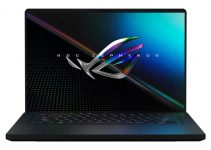 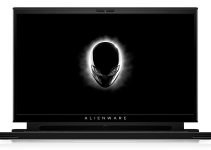