Not long ago we reviewed the MSI Sword which hit a very popular sweet spot between budget and performance. It was part of MSI’s GF range which is nominally the ‘portable’ option in MSI’s budget gaming laptop range. Meanwhile, the Pulse is part of the GL range which is the ‘performance’ variant of the budget gaming laptop range. Both were announced at MSI’s Tech Meets Aesthetic virtual event which explained how both the Pulse and the Sword were Limited Edition variants ‘designed’ by famous designers. But both have near-identical specs. So are there any significant differences or is the MSI Pulse GL76 an MSI Sword in different clothing?

The design for the MSI Pulse GL76’s limited edition, Titanium Grey lid and livery were provided by a celebrity designer that MSI describes thusly…

With new livery designed by Maarten Verhoeven – the 2018 ZBrush World Competition Champion – MSI is unveiling its new GL66 and GL76 Pulse laptops. Verhoeven specifically designed the titanium power-armour inspired by Pulse energy for the Dragon Army to enhance agility and flexibility. The laptops use the Nvidia GeForce RTX 3060 Laptop GPU along with a redesigned heat pipe and integrated MSI thermal grease which generates more airflow at lower temperatures. An independent number pad rounds out the user experience.

We certainly like the lid. It’s very reminiscent of the excellent MSI Raider. However, beyond that the design flourishes are essentially geometric indentations on a black chassis. That’s no bad thing though, it’s sharp and chic.

The looks are aided by the backlit, RGB keyboard. The translucent sides of the Scrabble Tile keys glow pleasingly in marked contrast to the black chassis. They’re also very comfortable and accurate to type upon for extended periods. There are reduced-size arrow keys and number pad. The trackpad is smooth and accurate and has a few graphical flourishes. There’s an HD webcam in the top of the lid but no Windows Hello compatibility.

The screen is a Full HD, 144Hz, IPS panel. It gets very bright and is generally well lit. The 144Hz refresh rate means motion is rendered smoothly in rapid shooters and racers. However, those seeking supreme colour performance may wish to look elsewhere. Blocky artefacts can appear in both colourful and monochromatic gradients, but they’re not the worst we’ve seen. The brightness can reveal enemies hiding in shadows but detail can get lost in bright areas in return. It’s fine for casual office tasks and such like.

We didn’t think much of the Sword’s speakers but the Pulse’s aren’t too bad. They get reasonably loud and punchy with decent fidelity when it comes to vocals and the top end. There’s not much bass though.

The only component-related difference between MSI’s Pulse GL76 and the Sword variant we reviewed is that the Pulse has a 1TB NVMe drive instead of the Sword’s 512GB. Both have an 11th Gen Intel Core i7-11800H CPU and 16GB of DDR4-3200 RAM completing the 2D power plant. In PCMark 10 they combined to score 6711 which is marginally ahead of the Sword, but not by much. In the Cinebench rendering tests it scored 2012 in R15 and 11,900 in R23. These too are just ahead of the Sword but not by a significant amount.

All of these scores are a little better than the similarly-specified 15-inch laptops we’ve reviewed – including the MSI Sword. However, the difference is that this Pulse GL76 has a 17-inch chassis which inherently offers more-efficient cooling and the resultant reduction in thermal throttling likely accounts for the difference. As such, we suspect that the MSI Sword 17 will be similar to this.

Inside is Wi-Fi 6 and BlueTooth 5.2. None of this is earth shattering but all the important connections are there for a gamer.

At 2.6KG it’s a reasonable weight for a 17-inch laptop (and the same as the Sword 17). The small 53.5Whr battery only lasted 3hrs 43mins (two minutes more than the Sword – which has the same battery) so don’t expect to be working or gaming away from the mains for any significant amount of time. Still, the lid and chassis are very solid and should survive life on the road.

Should I buy the MSI Pulse GL76?

MSI assures us that the GL-series Pulse is a bit better than the Sword in terms of chassis quality and top-level specifications. However, because MSI’s laptops come with so many different specifications it’s possible to buy a Sword that’s better than a Pulse. The main differences are that the Sword has a fixed-colour keyboard and weighs 20g less… but that’s it.

We haven’t tested many budget 17-inch gaming laptops so really it’s a choice between this and a similarly specified Sword. However, a quick search throws up the issue that MSI Sword 17 models with 3060 GPUs aren’t currently available in Australia (for whatever reason). Meanwhile, this Pulse model is set to become available until the end of this month when it will cost around $2,599. Ultimately, it might be a reasonably priced budget, 17-inch gaming laptop but both it and its rivals are hard to buy.

We don’t see many budget 17-inch gaming laptops, but this is nonetheless a decent one. 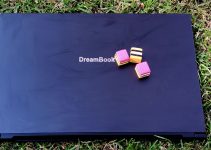