High Performance Laptops continues to rapidly evolve. One of the new features we’re starting to implement is an at-a-glance, Review box with ratings (at the bottom of the review). But what do these ratings mean?

We score everything out of five using mathematical formulae based on multiple criteria. At the time of publishing, everything – including performance, ergonomics, portability and value – is mathematically compared to every laptop we’ve reviewed for the current year and the previous year. This means five stars is the best score out of everything on the market while one star is the worst. April 2022 UPDATE : We’ve tinkered with the formula to ensure that both 2D and 3D scores now rank from 1 to 5 rather than taking an average of the three 2D and 3D tests. This makes minimal difference but ensures that the top scores in both ratings are displayed as 5 rather than 4.9.

We typically use three tests for 2D performance. For general performance there’s PCMark 10 which provides a good idea of a system’s all-round capabilities. We also use Cinebench R15 which is a processor-based drag-race for rendering a 3D scene – high clock speeds and especially, multiple cores (and Hyper-Threading) help here. Then there’s Cinebench R23 which is similar but runs the test for 10 minutes. This helps establish whether performance degrades over time as heat increases. It should be noted that the star-rating denotes how fast it is compared to the rest of the market AT THE TIME OF THE REVIEW. A 5-Star performance by a year-old product will not be comparable to a new product with a 5-Star performance rating. To see the results of a more dynamic test, see our Best Laptop features which are updated every month. These take into account new rivals, new prices and availability.

We use 3DMark tests for this: Time Spy, Fire Strike Extreme and Port Royal. While its heavily GPU influenced, fast supporting components and a stable system will enhance the scores. As with 2D performance, the score is accurate at the time of the review. Note that Port Royal’s ray-tracing nature currently favours Nvidia GPUs (which are dominant on the market).

The human factor. How does it look? How does it feel to use? What does it sound like? We create this score according to the following criteria.

This is a big issue for high performance laptops. You can’t just put a bunch of powerful, hot components in a small box and expect them to just work in harmony continuously. They’re going to get very hot. While elaborate laptop cooling systems are continuing to improve in terms of cooling efficiency and noise, there are still too many laptops that get too hot before slowing down due to thermal throttling (or wind-up fans to annoying levels to cool things down). While this is better than the old days when laptops simply crashed when they got too hot, we expect a high performance laptop to do what it does without significant impact on usability. To this end, we run torture tests and if performance degrades, it loses points.

The first high performance gaming laptops were big and bulky, had huge power bricks and large batteries that powered the machines for around 10 to 30 minutes. The batteries were more like UPS systems, really. Nowadays, we’re seeing gaming laptops last for almost two working days away from the mains! However, we don’t expect any laptop to actually run games without power so we test the battery using PCMark 10’s Modern Office test which is essentially, basic office work. As this website is about High Performance Laptops we’re quite forgiving on weight. This rating is an average based upon 50% of the battery life rating, 40% of the weight rating, 5% of the power brick weight rating and 10% of the build-quality rating.

This is an average of all other scores. 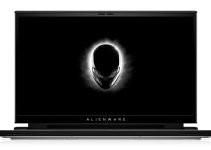 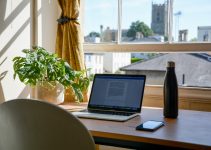