Of Huawei’s three, recent, ultraportable MateBooks, the MateBook D 14 is the cheapest. While it’s hard to distinguish it from it’s pricey brethren, there are a fair few changes on the inside. Is it worth paying more or will this review find that the Huawei MateBook D 14 offers the best value of the bunch?

Despite being the cheapest of the three, the MateBook D 14 is almost indistinguishable from its siblings. It has a similar Space Grey, diamond-milled, aluminium livery, that’s similarly stiff and rigid. You have to look closely to see that the screen is actually 16:9 format instead of the others’ 3:2 and few will notice that the ‘Huawei’ logo on the D 14 is a little smaller. Ultimately, it looks like a decent, corporate-friendly, ultraportable notebook with a hint of MacBook chic.

The keyboard is as accurate and well-weighted as its rivals and so is comfortable to type upon for extended periods (note: our review sample of the MateBook D 14 had an unusual, European keyboard that looks strange in the pictures). The trackpad is smooth and accurate. Like its siblings, there’s a fingerprint reader with Windows Hello functionality but the HD webcam is still hidden in the keyboard. While that ensures privacy when not in use, it delivers an unflattering, jowly portrait.

The MateBook D 14’s twin, 2W speakers can’t match the extraordinary equivalents of its siblings but they’re still very good for a laptop this size. There’s reasonable fidelity from the top to the bottom end, decent volume and even a smidge of bass response. We’ve heard worse on much more expensive laptops.

The 14-inch, Full-HD, IPS screen is a mixed bag. It’s perfectly fine for office work but can struggle with some multimedia. It doesn’t get particularly bright but contrast is reasonable. Colour transitions can exhibit some stepping but monochromatic transitions in dark movie scenes can quickly turn into a blocky, artifact-ridden mess. The 60Hz screen doesn’t have a very fast pixel response time either and this means fast moving objects can smear across the screen a bit.

The low-powered components can, unsurprisingly, feel a bit slow when doing anything other than light office work. The geriatric, 10th Generation, 1.6-4.2GHz Intel Core i5-10210U processor is flanked by just 8GB RAM and a 512GB NVMe hard drive. These combined to score just 4150 in PCMark 10 which is the slowest score we’ve seen. Naturally, the four cores (and Hyper Threading) struggle with rendering tasks and this is illustrated by lowly Cinebench scores of 491 (R15) and 2870 (R23).

The integrated old-school Intel UHD graphics never stood a chance with our 3D tests. It scored 422 in 3DMark Time Spy which is an average of 2fps. It also scored 490 in Fire Strike Extreme (2fps) and couldn’t run the hefty Port Royal test at all. It scored 720 (4fps) in the lesser Wild Life Extreme test and only 5204 (26fps) in the super-forgiving Night Raid test. Ultimately, these review scores demonstrate that the Huawei MateBook D 14 can barely play any games beyond the simplest casual varieties.

The low powered components meant that the 56Wh battery could run PCMark 10’s Modern Office battery test for a very impressive 15hrs 32mins. The 1.38KG bulk keeps it very ultraportable and, despite the svelte, 16mm thinness, the metal chassis is very sturdy and solid so we don’t expect trouble when carting it around. The MateBook D 14 also uses the impressive Huawei mobile charger which weighs only 200g, fits in your pocket and can deliver a four-hour charge in just 30 minutes. It can also charge your phone.

Should I buy the Huawei MateBook D 14?

While a review like this will aim to highlight the deficiencies of a laptop, it also finds what’s good about it – and there’s some attractive qualities of the Huawei MateBook D 14. The retail price is $1199 which is very cheap for a well-built ultraportable. It’s also $600 less than it’s highly regarded big brother, the MateBook 14. Just note that at the time of writing this review, the latter is only $150 dearer and comes with free, $349 wireless earbuds and is better in pretty much every way. However, the MateBook D 14 is currently on sale too for just $849 which is very tempting for a sturdy ultraportable laptop. Just note that the low power will likely rear its head for anything beyond basic office tasks (although the battery life is extended because of this). Also the screen’s limitations will likely feel annoying after a while. Still, for typists on the move (who perhaps don’t want multimedia distractions) the Huawei MateBook D 14 represents a well-made, cheap, very-usable, tempting choice.

Low-powered and a mediocre screen. However, it’s cheap, well-built and great for typing away from the mains. 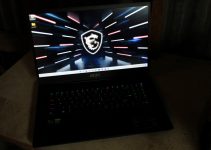 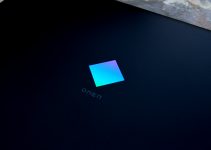 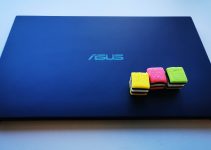