We reported on the launch of the Pioneer Dreambook PC70 back in February but here we are reviewing the beast. Unlike the several-kilo, Clevo breadbaskets of yore, this is an impressive-looking, almost-svelte machine that’s packed with power. But should you buy it?

The Pioneer Dreambook PC70 looks like a regular PC and the DreamBook decal has a classy look. However, it wasn’t just a fingerprint magnet, we struggled very hard to get a streak-free finish on it. We actually polished so hard that we dislodged the ‘k’ in DreamBook, so be careful about that. Nonetheless, when clean, the black, wedge-shaped chassis looks classy and solid.

We were a little concerned by the lid, though. It wobbles a bit much when nudged and flexes a little too much for our liking – we wouldn’t want to accidentally bash it lest the screen got damaged. It appears that ruggedness has been slightly compromised to keep the weight (and price perhaps?) down.

Nonetheless, the UHD screen gets bright and is evenly lit. Ours came with a resolution of 3,840 x 2,160 although a Full HD variant is available too. The screen is capable of displaying vibrant colours although some details can get lost in highlights. In our dark Darkest Hour test the bright screen displayed impressive detail in shadows but there were some artefacts in areas of uniform colour.

Our main issue, however, is that the screen only sports a 60Hz refresh rate. That’s fine for Creator-designated laptops which eschew speedy screens for colour accuracy, but this doesn’t support professional-grade colour accuracy either. As such, the beefy hardware inside is somewhat hamstrung by a screen that’s not fast enough to handle its potential. You can certainly play games on it, but the motion performance is a tad too blurry with ghosting for the competitive gamers who’ll be eyeing this up.

The Pioneer Dreambook PC70’s keyboard is a full-sized, Scrabble-tile affair. It’s accurate for gaming and comfy to type on for long periods. It includes full-sized arrow keys (yay!) and a number pad, although the latter uses thinner keys. The keyboard is also uniformly backlit and offers four levels of brightness. It also uses’s Clevo’s Flexikey software for recording macros.

The large trackpad is smooth and accurate with soft accurate buttons. It also has a fingerprint reader with an optional TPM 2.0 security chip.

The webcam is actually a $39 option but we were pleased to see it offers a Full HD resolution and Windows Hello support for quick, facial log-in.

The twin, 2W speakers get loud but they’re a bit tinny with not much punch. Treble can top-out a bit early and there’s not much bass. Still, these are laptop speakers so we don’t expect much.

On the Left is a MicroSD slot, a USB 3.2 Gen1 port and two 3.5mm audio jacks. On the right are two, similar USB ports plus Gigabit Ethernet. It’s interesting to see the rear made use of too. At the back are HDMI (version unspecified), miniDP 1.4 and a USB-C port that supports Thunderbolt 3.

We expected great things from the Pioneer DreamBook PC70 when it came to performance. While the 10th Gen Intel Core i7-10870H octa-core processor is getting a little long in the tooth, it’s still very powerful. Flanked by two sticks of 16GB DDR4-3200 RAM and a 1TB NVMe drive (there’s space for a second) it scored 5,385 in PCMark 10, which is a bit disappointing, frankly. It’s fast, but could do better and is behind the likes of the Razer Blade 15 Base Model which had lesser hardware.

We hoped for better in the 3DMark tests and saw it score 8,724 in Time Spy (an average of 57fps) and 11,758 in Fire Strike Extreme (an average of 56fps). These are good scores but arguably under-performing considering the top-end Nvidia RTX 3080 GPU.

The Clevo Control Center app allows four power modes: Quiet, Power Saving, Performance and Entertainment. We ran all of the tests on ‘Performance.’ It’s worth noting that the fan speed control app (which enables fans to be set to automatic, custom or max) was also set to max when benchmarking. That said, under normal, heavy-load operation we were pleased that the swooshing sound generated by the fans wasn’t overly loud, remained constant and didn’t get too annoying compared to rivals *cough*Acer Predator Helios 300*cough*.

At 2.3KG it’s heavy for a laptop, but not for a 17-inch laptop. The battery life of 6hrs 21mins is also impressive considering the components. We do worry about the protection provided by the lid when lugging it around though.

Should you buy the Pioneer DreamBook PC70?

The Pioneer DreamBook PC70 starts at a hefty $3,999 but you can up-spec it significantly. Our review model came in at a whopping $5494. To be honest, that’s not great value. While it’s still early days at High Performance Laptops we’ve tested many rivals already and not yet posted the reviews… suffice to say there are better value and better performing 17-inch gaming laptops coming to this website soon.

Big and configurable but expensive. The 60Hz screen is limits gaming potential. 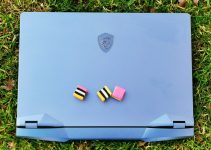 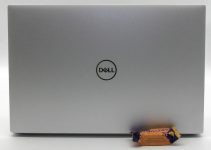