Hot on the heels of Dell’s Dark Knight-like Latitude 7330 Rugged Extreme laptop is a lesser, but much-more-accessible, rugged offering: the Acer Enduro Urban N3. It’s definitely a bit less Batman and more like Robin, but which Robin will that be – leader of the Teen Titans? Or Burt Ward wearing tights?

The 14-inch Acer Enduro Urban N3 looks more like a regular 15-inch laptop of yesteryear. That’s down to the modern thin edges and svelte chassis being replaced with stocky edges and corners adorned with strengthened buffers. The tough lid is very rigid and doesn’t budge when a twisting force is applied and this is aided by the toughened, Corning Gorilla Glass screen.

It’s MIL-STD-810H-certified and IP53-rated for shock-and-drop resistance, limited dust ingress and limited water spray. Remarkably, the case isn’t totally sealed – there are three fan openings at the base to help drain fluid and special waterproof fans help expel it. The chassis, keyboard and trackpad have an “Ionic silver” antimicrobial coating (the Gorilla Glass has its own antimicrobial coating) which seems sensible in the age of COVID, but Acer’s own site admits:

The rippled, blue texture exhibits a unique, understated style that won’t stand out in too many crowds but will also fit in to a stuffy, corporate environment.

The rippled, blue texture exhibits a unique, understated style that won’t stand out in too many crowds but will also fit in to a stuffy, corporate environment.

Opening the Acer Enduro Urban N3 up reveals a very-bright (450-nit), Full HD, glossy screen that can function outdoors in broad daylight. It’s also surrounded by a very-thick bezel for added protection. It displays a very bright, sharp and crisp Windows Desktop but, on a dark screen, it does act like a distracting mirror. Still, reflections under general usage are reasonably well banished. It’s not the fastest screen – at all: the 60Hz refresh rate means it’s not great for fast-and-frantic games but there’s also a noticeably low, pixel-response time, with fast-moving pixels smearing their way across the screen. Casual video watching wasn’t affected by this, though.

Colours aren’t the most vibrant, but are helped by the bright backlight and glossy coating (this also means contrast is also respectable). While there can be some stepping in colour gradients, transitions are generally smooth. However, monochromatic content can quickly become blocky and riddled with artifacts and this, coupled with the reflective screen, means dark scenes can get messy quickly.

The keyboard is comfortable and accurate to type upon and has a bright backlight. However, it can only be set from on to off – an issue in places like dark, night-flight cabins. There’s no number pad but there is a line of multimedia keys on the right. While two arrow keys are full-sized, the up-and-down arrows are, annoyingly, half height.

Acer states that the trackpad is an attractive feature. However, we couldn’t abide it. It’s so unresponsive as to be borderline unusable: it regularly stops in the middle of the screen which is incredibly frustrating. It’s one of the worst we’ve used in many years. The two buttons work well though.

Speakers offer reasonable fidelity from top to the bottom end. However, there’s very little bass and the master volume is disappointingly very low. This will be an issue in noisy, out-door environments.

The Acer Enduro Urban N3 sports the same Intel CPU as Dell’s Rugged Extreme: the quad-core 1.2-4.8GHz Intel Core i7-1185G7 is flanked by 16GB RAM and a (rather stingy) 512MB hard drive. These combined to score 5008 in the general-usage PCMark 10 test which is middling but there are few common-computing tasks it won’t handle.

Scores of 899 and 5201 in the Cinebench rendering tests (CBR15 and CBR23 respectively) show that the quad-core processor is not great for hardcore encoding.

Also like the rugged Dell rival, the Acer Enduro Urban N3 utilises the processor’s integrated Intel Xe GPU. In 3Dmark Time Spy it scored 1262 which is an average of just 7fps. In Fire Strike Extreme it scored 1335 (average 6fps) but it wouldn’t run the difficult Port Royal ray-tracing test at all. It did manage to score 11,207 in the lesser 3DMark Night Raid test (average 60fps) which shows it can play casual and competitive games.

We note that under load it makes a constant, light whoosh, but it’s not too distracting.

Ultimately, the Acer Enduro Urban N3 review offers slightly less power than the Dell and is comparable to high-end ultraportables rather than mid-range, regular laptops – which is normal for rugged laptops.

All ports of the Acer Enduro Urban N3 are housed behind, toughened-rubber hatches.

Inside there’s Wi-Fi 6 and Bluetooth 5.0. It feels a little lopsided, but the important ports are there.

Rugged laptops typically have internal specs that match ultraportables so that they can operate as general, computational devices, out in the wilderness, with extended battery lives albeit with diminished performance. Nonetheless, the Acer Enduro Urban N3 ran the PCMark 10 Modern Office test for a very impressive 9hrs 42mins which is a full day outdoors.

At 1.9KG its relatively light for a rugged laptop and the small PSU only adds 280g to the weight.

Conclusion: Should I buy the Acer Enduro Urban N3?

At $2,299 the Acer Enduro Urban N3 doesn’t come with the big, tough premium that we’re used to seeing which will appeal to those who need a rugged laptop. However, It does have issues, especially the trackpad which is so bad you need to factor in using an external mouse pretty much all the time. Nonetheless, the bright screen, toughness and portability will appeal to the target market. But, it’s not something we’d recommend for casual users.

The trackpad is terrible but the bright screen, toughness, portability & price will appeal to the target market 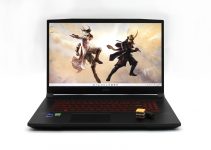 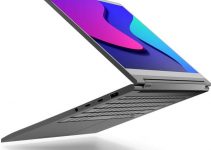