We recently reviewed Alienware’s m15 R5 Ryzen Edition gaming laptop but it has a non-identical twin: the Intel-based Alienware m15 R6. This is exactly the same except that it has an 11th-Gen Intel processor, an 8GB Nvidia RTX 3080 GPU (instead of an RTX 3070) and a lightning-quick 360Hz screen. It also costs $1000 more! So, is the extra cash worth it?

We won’t repeat our description of the chassis and handling as the Alienware m15 R6 is exactly the same as its Ryzen sibling. We will summarise it by saying that the grey “Dark Side of the Moon with High Endurance Clear Coat and Silky Smooth Finish” looks much better when the Alienware lighting elements are turned on.

What is different is the screen. While we were impressed with the 165Hz IPS Full HD screen, the R6 sports a 360Hz display which is one of the smoothest we’ve ever seen in terms of lack of blur and fast response time. The UFO test website was incredibly smoothly rendered. Colours are a bit washed out compared to rivals and artefacts can be a bit pronounced in colourful and monochromatic gradients, but while it won’t suit picky design professionals, few will complain. It’s fantastic for fast-and-frantic shooters and racing games.

3D performance is handled by a top-end, Nvidia RTX 3080 GPU. This scored a blistering 11,221 in 3DMark Time Spy (which is an average of 71fps). That’s the highest score we’ve recorded on High Performance Laptops. In FireStrike Extreme it scored 13,504 (average 65fps) and in Port Royal it scored 7062 (average 37fps). Only the latest, 17-inch MSI GE76 Raider nudged ahead of these scores.

All of these results were run using the maximum performance setting in the Alienware m15 R6’s Control Center app. To be frank, the app is a hot mess and somewhat unintuitive, but it does offer some decent performance choices. It’s also worth noting that when maxxed out using the default performance in the Thermal Full Speed setting, the fans ramp up and it sounds like being in a noisy plane cabin. It also gets very very hot – as in it almost burns your fingers when picking it up from underneath. However, so long as this speedy thermal mode is chosen, thermal throttling was minimal. This all means it’s a very fast, stable, reliable computer. Update: We continued to run torture tests on the R6 and found that, if left for long enough at full speed, a thermal throttle would kick in and not go away until we stopped all major tasks and let it cool down for a while. The throttle would remain in place even when the system itself was reporting much-reduced, stable temperatures (thanks to the extended throttling) of under 60 degrees Centigrade. Even changing the performance mode wouldn’t fix the reduced performance – you’d literally need to let it rest for about 10-20 minutes before it let you achieve full speed. While we were happy that the Alienware m15 R6 didn’t crash, we can’t imagine that many users would be happy to see their performance collapse and have to exit their task to get it back. While it only seemed to kick-in after prolonged, maximum performance (and so won’t affect everyone all the time), it’s still not something that blights rivals.

The Alienware m15 R6 is reasonably bulky at 2.5KG and we were glad to see that the power brick was significantly smaller (680g) than the oversized, chunky, 1KG PSU that comes with the Ryzen. We’re going to have to run the battery test again as it needs to cool right down before showing off its battery performance. The heat takes a considerable time to dissipate meaning that even if the fans dial down, cooling and performance is affected – it only lasted for 2hrs 9mins in our battery test. It should do much better. We’ll update this review soon with a new score.

Should you buy the Alienware m15 R6?

This is technically the fastest 15-inch laptop we’ve tested and that goes some way to justifying the massive $4699 price tag. There are some causes to tarry, though. It’s likely overpowered for many people… especially with the speedy R5 Ryzen version costing $1000 less. Both versions will easily max-out the capabilities of their Full HD screens for almost every game and the R5 is also only marginally slower for complex 2D applications. This all makes the R5 better value. There’s also the R6’s cooling issue – this gets too hot for its own good and won’t regain its thermally throttled speed without manual intervention. Hopefully, that’s addressed with future firmware updates but there’s no getting away from the fact that the R6 doesn’t feel fully baked. Ultimately, there are plenty of cheaper, similarly sized 15-inch options, but if you want peak performance, and don’t mind the heat or potential thermal throttling issues, the Alienware m15 R6 is still a decent buy.

Looks cool, but it's a bit of a hot mess.

It’s very fast but is very expensive and gets very hot… sometimes too hot. 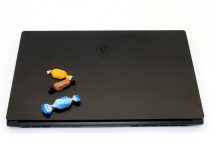 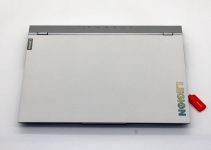 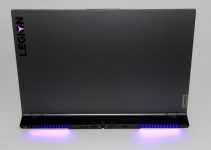