The Alienware X17 R1 is the most expensive and most high-spec laptop we’ve seen on this site. But will this review reveal whether it’s desirable or a dud?

We were impressed with the recent Alienware X15 – the 15-inch version of this X17 R1 and naturally there are many similarities with this larger version. The styling is the same with the, “Lunar Light with High Endurance Clear Coat designed for stain resistance” looking stylish enough to impress people at LANs and not raise too many eyebrows in a stuffy office. It does indeed repel dirt and fingerprints too. The RGB keyboard, trackpad, lid logo and ‘exhaust port’ look fantastic. Ultimately it will fit into every public situation and look good.

The keyboard is of the touch type variety but it’s painful to use. You feel like you have to punch the keys with your fingers in order to avoid key presses not registering but even then mistakes keep happening. Our fingers were actually sore before we finished this review. It has full-sized arrow keys but, despite the 17-inch chassis, there’s no number pad. However, there are some media keys on the right.

Alienware offers some alternative choices in this area, we recommend you choose those instead.

The illuminated trackpad is smooth and accurate and looks great too.

There’s no fingerprint reader but the HD webcam is Windows Hello compatible.

The 17-inch screen of our review unit had a speedy 360Hz refresh rate and this, coupled with fast pxiel response times meant that motion was rendered buttery smooth. However, there are compromises. In video, colours aren’t the most vibrant but even more of an issue is that chromatic and monochromatic transitions exhibit banding and blocky artefacts. It’s not a great screen for movies and even games exhibited some blocky rendering in areas of high detail. Contrast is also a bit mediocre with detail getting lost in bright and dark areas of the screen and this can lead to enemies jumping out and catching you unaware. The Dell-Alienware online store configurator also offers alternative options in this area.

The speakers get loud but they’re not as punchy as we’d hope. There should be more bass coming from a chassis this size.

We expected great things from the Alienware X17 R1 in terms of performance as the spec-sheet is top-notch. The octa-core processor is a 2.6-5GHz Intel Core i9-11980HK, there’s an unnecessarily gargantuan 64GB of RAM and two, 2TB NVMe drives are set-up in a striped RAID 0 array for extra speed. We ramped up the Overclocking settings to OC2 (which annoyingly requires a reboot) using the Alienware Command Center app and waited.

It also sports a mighty Nvidia RTX 3080 with 16GB of video RAM. This scored 12,301 in 3DMark Time Spy which is an average of 76fps and is the fastest score we’ve seen. However, we had some hiccoughs in Fire Strike Extreme where the benchmark kept crashing until we turned all overclocking off – each time requiring reboots. It still scored 14,271 (average 66.5fps) which is still very fast but slightly behind the mighty Asus ROG Strix G15. Still, it came back by scoring 7476 (34.6fps) in the Port Royal ray-tracing test which is also a fastest score.

We took advantage of the 16GB video RAM and ran the tricky Far Cry 6 benchmark in Full HD with the (11GB required) HD Texture pack and all enhancements turned on: it averaged 83fps. We’ll be integrating this into our standard testing over time.

Basically, it’s the fastest laptop we’ve tested but it’s a bit of a hot mess when doing it. A few freeze ups which seemed to be overclocking related required rebooting to fix. Also, the fans liked to ramp up under most workloads – even in Silent Mode. In addition, setting the wrong combination of Thermal mode and overclocking mode (Like OC off with Thermal Performance on) could cause significant performance throttling. It cost the Alienware X17 R1 a point in our stability score.

It’s also worth noting that our SKU is a bit overpowered for a Full HD screen. But the fast refresh rate means you can play a AAA game like Far Cry 6 at ridiculous framerates with the hefty HD Textures turned on.

Inside there’s Wi-Fi 6E and Bluetooth 5.2. Few people could want for more.

At 3.2KG it’s not light but when you consider it’s a fully-loaded, 17-inch beast, we’ll allow it. However, note that the power brick is also crazy big and weighs a whopping 1.66KG with cables. Ugh. Smaller power adapters are available, but not if you choose the RTX 3080 variant. You won’t want to keep it away from the mains too long either as it only ran PCMark’s Modern Office test for 4hrs 46mins.

Still it’s solidly built despite the 21mm thickness and, although the screen can twist a bit when a lateral force is applied, it should survive being carted around a fair amount.

Should you buy the Alienware X15 R1?

We struggled to love the Alienware X17 R1 largely due to the iffy keyboard and reboots required due to overclocking issues. The screen really could struggle with artefacts and contrast too. However, all of these facets are addressable thanks to Dell’s configurator.

It really is tremendously fast… perhaps too fast for its own svelte body, but you’ve got to admire Alienware’s flagship model. It’s extraordinarily expensive at $7108 but you are allowed to set new price records when you simultaneously set new performance records. Alternatives include more-sober (Lol!) options like the Asus ROG Strix G15 and MSI GE76 Raider which harness their obscene power with better-engineered cooling systems and they cost much less. But if they’re not bonkers enough for you, and you’ve very deep pockets, choose this.

A very-fast, wild stallion of a laptop and crazy expensive. Just beware some dodgy screen, keyboard and stability issues. 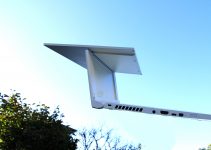 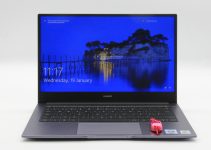 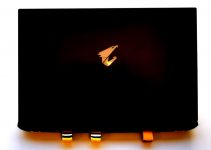